Finally, there is the experience of Tajikistan recently documented in Foreign Affairs. With a minimal budget, international efforts were able to stabilize the country in the 1990s by allowing local warlords to retain more autonomy. Instead of less effective governance, warlords were able to generate more of it because they had genuine control over their area.
On the national level, an essential balance of power was struck, borders were controlled and the country eventually moved on:
Rather than forcing free and fair elections, throwing out warlords, and flooding the country with foreign peacekeepers, the intervening parties opted for a more limited and realistic set of goals. They brokered deals across political factions, tolerated warlords where necessary, and kept the number of outside peacekeeping troops to a minimum. The result has been the emergence of a relatively stable balance of power inside the country, the dissuasion of former combatants from renewed hostilities, and the opportunity for state building to develop organically. The Tajik case suggests that in trying to rebuild a failed state, less may be more. But giving a greater role to the tribes and the militias isn't a new idea. Just over a year ago, an American-backed plan experimented with the arming of a militia in Wardak province. The Obama plan itself talks about the need for U.S. troops to work with local political units and their militias. Yet it's a matter of what elements are emphasized and whether the U.S. military can change its culture.
Even the intelligence community has severe shortcomings in the knowledge department necessary to fight a successful counterinsurgency. In a scathing report, Flynn said the intelligence community was "ignorant of local economics and landowners, hazy about who the powerbrokers are and how they might be influenced...and disengaged from people in the best position to find answers."
Adding more troops is possibly counterproductive in the long run, because it only postpones the inevitable playing out of the situation after the Americans are gone. In the end, the solution to Afghanistan will have to come from Afghans. The sooner tribes are engaged and the the sooner American and ISAF deciders stop seeing Afghanistan through their own political institutions, the less painful it will be. 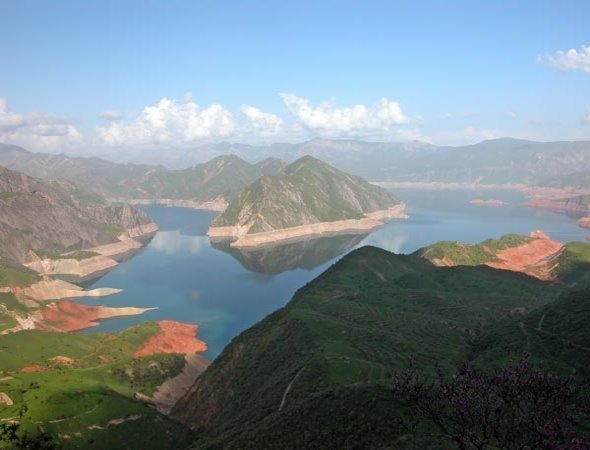 I was not born in Kabul but I love it more then any city in the world. I have been to kabul many times. Kabul has been destroyed, by Russians, and by civil war. In 30 years of war, It may take next 30 years to build Kabul jan back the way it was in 1970s. We would never be in peace unless we have Our Durand Line Back.
Durand Line Belongs to Afghanistan and it has always been. There are 12 Million Afghans on the Other side of the So called International Border. But Its not International Border. Pakistan is british made country just like Israel was created by American (In fact Israel Is fare better then Pakistan at least they have freedome of speach).
Pakistan is the dirty mark of Asia. Unless they give us our People back or It needs to be wiped out of Map. Pakistan is not an Islamic Nation. Afghans From Both side of the Border thought this would be Iqbals dream an Islamic nation, which would soon reach Turkey but this Pakistan was a dirty name not a clean name. It has puttin the Pure/clean name of Islam into dirt. And here we muslims suffer the most. As long As Pakistan occupied our Land, and killing our people (Wazeristan), we would never stop, we shell do Jehad. Pakistan is very aware of this And that's why they would kept trying to break Afghan hearts and the Afghan Nation so that we can never turn our eyes on Pashtunistan. Pashtunistan (Balochistan/NWFP) is always there and always would be in our blood.
For My people. Points are clear. Pakistanis are backstaping us, they'er killin true muslim who are fighting against Pakistan as "Talibans" and yet they present their own terrorist Dogs as "Taliban" number of som 200-500 Fake dressed Talibani dog to carry their Paki mission in Afghanistan. they are confussing the world by presenting themselves in many faces, for example ANP Auami National Party is 100% ISI, and want PAshtuns to join their political Agenda, to rule Pakistan, but that's for short term. Over time ISI has change their policies and remove Governments like Zia Ul haq and we have seen that in the past 40 years, that Pakistan would do whatever it can to hold on to Afghan Land (called Afgana) which is full of natural resources/stones and Oil.